How to See the Columns as Palm Trees

Contact:hsn.nassereddine@gmail.com
How to See the Columns as Palm Trees

This publication is the sixth in the Kayfa Ta book series, comprising a single verse of poetry on “Abdallāh -The Killed” (Abdallāh al Qateel), a poet who was killed by the last thing he saw: the columns of the castle as palm trees. The book, is composed from the footnotes around the works of this poet, who only exists on the margins of the arabic literary canon. The text extends to reflect on monumentality, architectural descriptions, disappearance of texts and histories, and the different ways a metaphor could kill it's poet.

“It is when poets speak, so things become closer to their shadows, then the mouth of the poet is filled with marble and horses, then the rivers shine in his poem, only to come back and flood the monument he is describing. This way, the poet holds what he said, as if he is holding the monument on the palms of his hand, then he travels, and the monument disappears. Places change after that, and nothing remains, except what the poets saw, and remains from that only what people remembered, and from that, remains only what was written in books.
Books burn or drown after that, so only the footnotes, that have been modified and changed a thousand times, remain.” (*)

(*)Excerpt from the book. 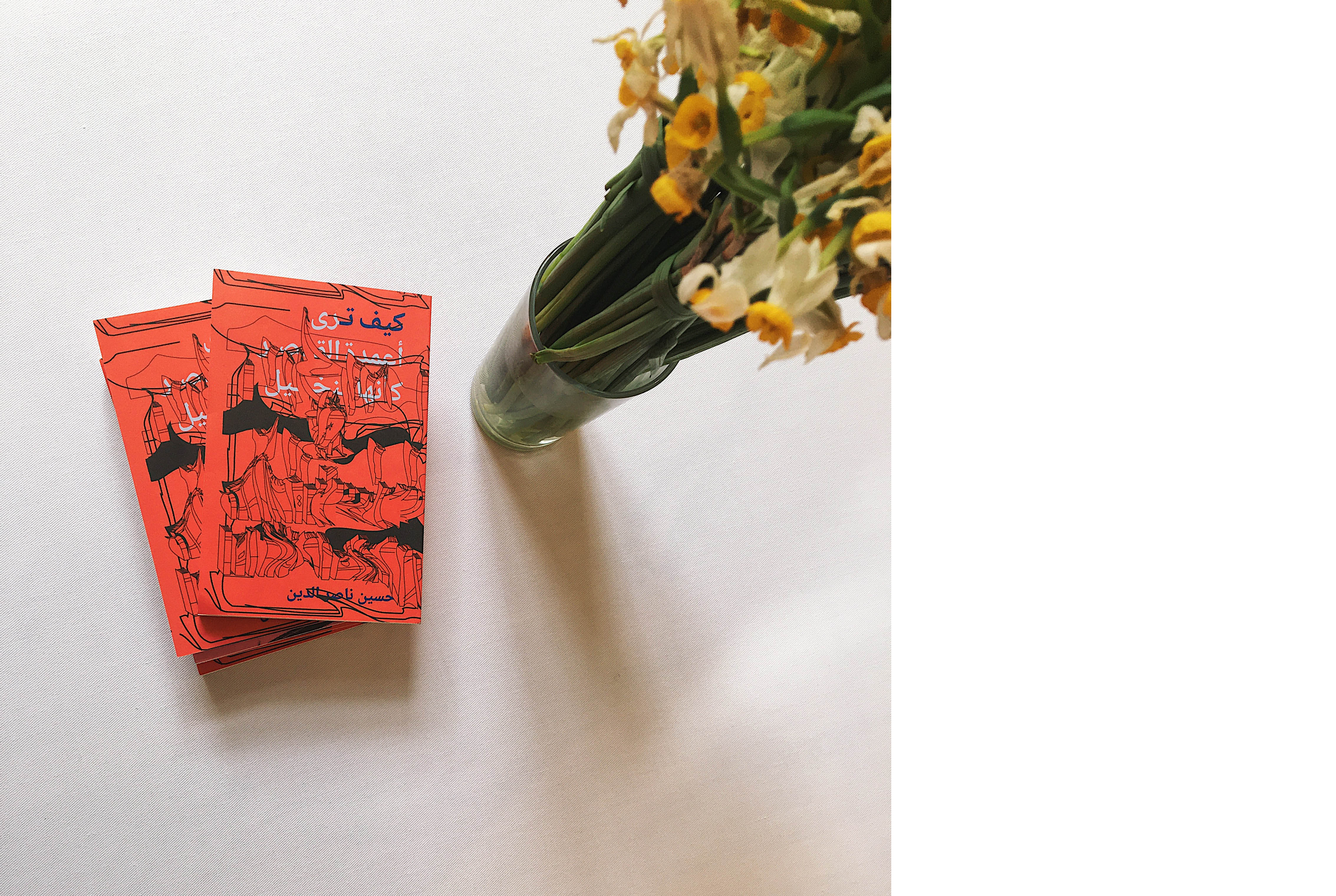 How to See the Columns as palm trees.